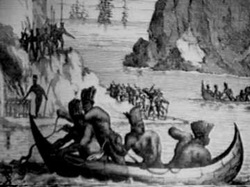 Jamaica, the third largest Caribbean island, was inhabited by Arawak natives when it was first sighted by the second voyage of Christopher Columbus on 5 May 1494. Columbus himself was stranded on Jamaica from 1503 to 1504 during his fourth voyage. The Spanish settled in Jamaica in 1509 and held the island against many privateer raids from their main city, now called Spanish Town, which served as capital of Jamaica from its founding in 1534 until 1872. In 1655 Jamaica was conquered by the English, although the Spanish did not relinquish their claim to the island until 1670.

Jamaica became a base of operations for privateers, including Captain Henry Morgan, operating from the main English settlement Port Royal. In return these privateers kept the other colonial powers from attacking the island. Following the destruction of Port Royal in the great earthquake of 1692refugees settled across the bay in Kingston which by 1716 had become the biggest town in Jamaica and became the capital city in 1872. Until the early 19th century Africans were captured, kidnapped, and forced into slavery to work on plantations when sugar cane became the most important export of the island.

Many slaves had arrived in Jamaica via the Atlantic slave trade during the same time enslaved Africans arrived in North America. During this time there were many racial tensions, and Jamaica had one of the highest instances of slave uprisings of any Caribbean island. After the British crown abolished slavery in 1834, the Jamaicans began working toward independence. Since independence in 1962 there have been political and economic disturbances, as well as a number of strong political leaders. 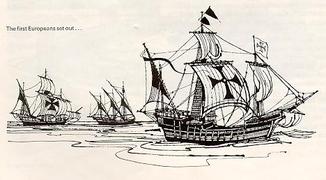 The first people the Columbus saw when arrived in Jamaica were a brown-skinned people called the Arawaks. Fishermen in their canoes, cultivators clearing land, boys snaring birds, all gazed with wonder at the strange ships whose great square sails resembled the wings of some enormous bird. Also watching was the grave and stately cacique,whose crown of green, white, and red stones, and whose feathered cape, showed him to be their leader.

Those people were of middle height, plump in build, and had straight black hair which they usually wore long, and decorated with parrot feathers. Their foreheads were flat and sloping, for like the Maya, mothers bound their babies' heads between two boards in order to create this shape, which they found beautiful. All wondered about the tall, fair-skinned strangers, curious to know who they were, and what they wanted from the inhabitants of these tiny tropical islands.

For over fourteen hundred years the Indians had inhabited the mountainous and fertile islands of the Caribbean. At about the time of Jesus' birth they had left their original homes in Venezuela and had sailed up the Antilles, leaving groups to settle on each island in turn. Eventually they reached the Greater Antilles, and made their largest settlements on the islands of Cuba, Hispaniola, Puerto Rico, and Jamaica. There, they lived an untroubled life, fearing nothing but drought and hurricane, and sudden Carib raids.

The Arawaks lived in small scattered villages, sometimes near the sea, sometimes on a hill a few miles from the sea. Here they were ruled by their cacique, or chief, who was their law-maker, their judge, and their chief priest. The cacique inherited his position and was greatly respected by his tribe, whom he ruled with gentleness, courtesy, and firmness, for all villagers had to obey his commands. If he left no heir, the eldest son of his eldest sister would become cacique.

The Arawaks had few laws, however. They owned most things in common except personal possessions like stone tools, clay pots and canoes. The greatest crime among them was theft, for which the penalty was death by impalement (being pierced with a sharpened stick and left to die). The cacique's main duties were to organise the work of the village. This was done on a cooperative basis, with everyone sharing in the work to provide the tribe's needs. The cacique decided when the fields should be planted, and when new ones should be cleared. The mitaymos, or nobles, supervised the work, while the commoners cleared the bush, or cut down the trees for the all important canoes. The cacique also decided whether or not to attack a neighbouring tribe, for the Arawaks were not always peaceful. Above all, he led his people in the many festivals and religious ceremonies. 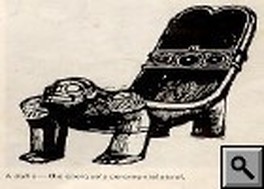 Many festivals marked the Arawak year, some religious and some not. For example, the naming of a baby was a time of rejoicing, for the Arawaks felt a child without a name would meet with great misfortune. The everyday activities of the Arawaks centred around providing food and shelter. The women were responsible for preparing the food. Since the main food was cassava, which is poisonous in its natural state, preparing it required very great care. First the root was grated on a board covered with small pebbles or rough coral until it formed a paste. This was put into a wicker tube, one end of which was hung from a branch, while a weight was attached to the other end. This caused the tube to contract, and forced the poisonous liquid out through the wicker. The paste which remained was left to dry and then pounded into flour using a stone mortar and pestle. The flour was formed into flat cakes and baked on a clay griddle until the cakes were hard and dry. The Arawaks also made a very tasty pepperpot where into a large clay pot were put cassava juice, from which poison had been extracted, and beans, peanuts, potato, and some meat, perhaps iguana, or turtle, or yellow snake, and pepper. The family was fed three times a day, and as some pepperpot was removed more ingredients were added so that the delicious soup was already ready. 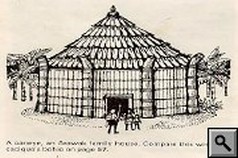 Making houses was another of the men's tasks. Some of these were very large. They were bell-shaped, and housed about a hundred people. In all Arawak settlements
several families shared one house, which was called a caneye. It was round, and made of wattle with a thatched roof. Sometimes it had windows, but not always, and there was almost never a smokehole. However, these houses were very sturdily built especially since they had to withstand hurricanes. Wooden posts were placed firmly in the ground toform a circle about five paces apart and laced together with withes and grass. These Arawak houses were cool, rain proof and windproof and need never be replaced if they were well built. 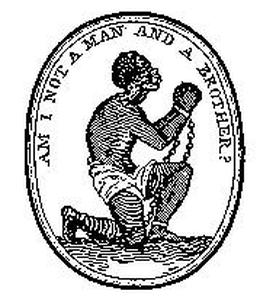 The word Maroon comes from the Spanish word cimarron which means wild: untamed. They were slaves who either ran away from or were released by the Spanish before the English invaded Jamaica in 1655. They were successful, in retaining their independence for a 150 years of slavery by constantly defending their freedom. Their settlements were small not more than 2,000 strong but they fought as if they were in greater numbers.

Slaves belonging to Spaniards joined in guerrilla warfare against the invaders. In 1685 a group of these, under Juan de Bolas, made a treaty with the English. From this time on they were joined by runaways from English masters, while others formed their own separate bands. By 1720 there were two distinct groups of Maroons one in the centre of the island and the other in the northeast. 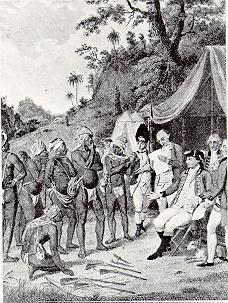 In 1731 there was started what has become known as the First Maroon War. It lasted on and off for eight years, though in fact it really began in 1655 and continued for 84 years. In 1739-40 the British government in Jamaica, since it could not defeat these warriors, came to an agreement with them. They were to remain in their five main towns (Accompong, Trelawny Town, Moore Town, Scots Hall, Nanny Town), living under their own chief and a British supervisor. In exchange, they were asked to agree not to harbour new runaway slaves, but rather to help catch them. This last clause in the treaty, as you can imagine, caused a split between the Maroons and the rest to the black population, although from time to time runaways from the plantations still found their way in the Maroon settlements. 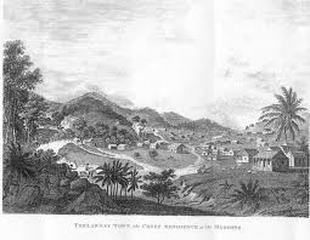 In 1795 these Trewlany Town Maroons declared war for a second time against the British. They felt that they were being badly treated under the terms of the treaty. They especially felt that the land allotted to them for farming was rocky and inadequate. After the years of fighting in which time and time again they defeated the much larger forces sent against them, they were persuaded to come to terms. They found themselves tricked and instead of obtaining a revision of treaty, they were all of them old and men, warriors, women and children transported to cold Nova Scotia, and after a few years sent to the new British settlement ofSierra Leone in West Africa. The other Maroon towns did not take part in this rebellion, however, and their treaty with the British remained in force until Jamaica gained its independence in 1962.

History of Jamaica 1838-1962
Emancipation to Independence 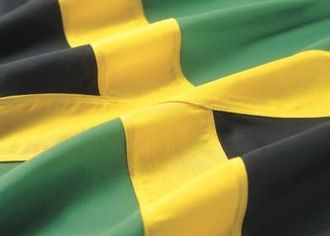 After emancipation, many of the ex-slaves left the plantations and moved into the hills. The sugar estates needed labour,so Chinese and Indianscame as indentured labourers to replace ex-slaves.

The ex-slaves barely subsisted on farming. Those who continued to work on the plantations could barely support their families.New banana estates offered jobs, but little social mobility. As a result, many moved to the city where generations have remainedwithout skills, jobs or housing.

Jamaicans also went overseas in search of opportunities. To Panama, for the building of the Panama Canal. To the USA, for farmwork and work on military bases. To the UK, to fight in World War II, and to rebuild the country after the war.

After emancipation, ex-slaves remained second class citizens. The planter classcontinued to direct the country's affairs, and only the most affluent had a vote. The 1865 Morant Bay Rebellion was a civil rightsprotest that provoked a brutal response from the authorities. More than 300 people, notably the leader Paul Bogle, werehanged.

In the early 1900s, the teachings of Marcus Garvey became increasingly popular among the poor, black classes. The Rastafarianmovement was inspired by Garvey's teachings, and came to national attention in the 1930s.

The poor were still seeking respect for their rights in 1938 when island-wide riots broke out. The result was the setting upof Jamaica's modern political party system. All Jamaican adults were able to vote in the 1944 elections, and the country wason a path to independence in 1962.

History of Jamaica 1962 to present
Independence and after 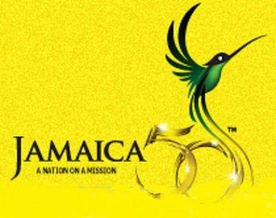 Following Independence Day on August 6, 1962 there was a great sense of national pride. Jamaicans weregoverning themselves, and the growing tourism, bauxite, and coffee industries contributed to a strong economy.The Jamaica Labour Party (JLP) formed the government from independence until 1972.

Here are some developments from the 1970s and onwards:


The People's National Party (PNP) came to power in 1972. Under Michael Manley radical social reforms were introduced.There were more educational opportunities for all classes, and there was a heightened sense of national and blackconsciousness.


In the 21st century, it is estimated that there are as many Jamaicans living abroad as there are in Jamaica. North American culture and values, accessed mainly through cable and the internet, impact our island relentlessly. Yet we manage to maintain our national identity, and our sports, culture and music ensure that Jamaica is known worldwide.