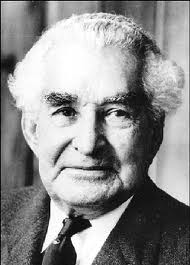 When Alexander Bustamante began to make his presence felt in Jamaica, the country was still a Crown Colony. Under this system, the Governor had, the right to veto at all times, which he very often exercised against the wishes of the majority.

Bustamante was quick to realise that the social and economic ills that such a system engendered, had to be countered by mobilisation of the working class.

Pay and working conditions were poor in the 1920s and 1930s. Failing harvests and the lay-off of workers resulted in an influx of unemployed people, moving from the rural areas into the city. This mass migration did little to alleviate the already tremendous unemployment problem.

Bustamante first impressed his name on the society with a series of letters to The Gleaner and occasionally to British newspapers, calling attention to the social and economic problems of the poor and underprivileged in Jamaica.

The years 1937 and 1938 brought the outbreak of widespread discontent and social unrest. In advocating the cause of the masses, Bustamante became the undisputed champion of the working class. He also confronted the power of the Colonial Governor, declaring, "Long live the King! But Denham must go."

During the troublesome days of 1938, the security forces were everywhere eyeball to eyeball with Bustamante and the workers. Labour unrests continued on and off.

On September 8, 1940, Bustamante was detained at Up Park Camp, for alleged violation of the Defence of the Realm Act. He was released seventeen months later.

In 1943 he founded the Jamaica Labour Party (JLP), with himself as head. The first general election under Universal Adult Suffrage came in 1944 and the JLP won 22 of the 32 seats.

Sir Alexander became the first Prime Minister of Independent Jamaica in 1962. He retired from active politics in 1967. He died on August 6,1977, at the age of 93. 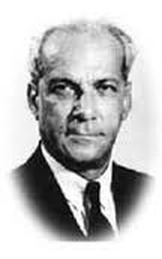 Norman Washington Manley was born at Roxborough, Manchester, on July 4, 1893. He was a brilliant scholar and athlete, soldier (First World War) and lawyer. He identified himself with the cause of the workers at the time of the labour troubles of 1938 and donated time and advocacy to the cause.

In September 1938, Manley founded the People's National Party (PNP) and was elected its President annually until his retirement in 1969, 31 years later.

Manley and the PNP supported the trade union movement, then led by Alexander Bustamante, while leading the demand for Universal Adult Suffrage. When Suffrage came, Manley had to wait ten years and two terms before his party was elected to office.

He was a strong advocate of the Federation of the West Indies, established in 1958, but when Sir Alexander Bustamante declared that the opposition Jamaica Labour Party (JLP), would take Jamaica out of the Federation, Norman Manley, already renowned for his integrity and commitment to democracy, called a Referendum, unprecedented in Jamaica, to let the people decide.

The vote was decisively against Jamaica's continued membership of the Federation. Norman Manley, after arranging Jamaica's orderly withdrawal from the union, set up a joint committee to decide on a constitution for separate Independence for Jamaica.

He himself chaired the committee with great distinction and then led the team that negotiated the island's Independence from Britain. The issue settled, Manley again went to the people. He lost the ensuing election to the JLP and gave his last years of service as Leader of the Opposition, establishing definitively the role of the Parliamentary Opposition in a developing nation.

In his last public address to an annual conference of the PNP, he said: "I say that the mission of my generation was to win self-government for Jamaica, to win political power which is the final power for the black masses of my country from which I spring. I am proud to stand here today and say to you who fought that fight with me, say it with gladness and pride, mission accomplished for my generation.

"And what is the mission of this generation? ... It is... reconstructing the social and economic society and life of Jamaica". Norman Manley died on September 2. 1969. 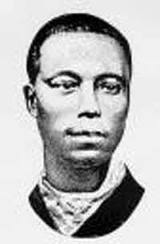 Paul Bogle, it is believed, was born free about 1822. He was a Baptist deacon in Stony Gut, a few miles north of Morant Bay, and was eligible to vote at a time when there were only 104 voters in the parish of St. Thomas. He was a firm political supporter of George William Gordon.

Poverty and injustice in the society and lack of public confidence in the central authority, urged Bogle to lead a protest march to the Morant Bay courthouse on October 11, 1865.

In a violent confrontation with full official forces that followed the march, nearly 500 people were killed  and a greater number was flogged and punished before order was restored. Bogle was captured and hanged on October 24, 1865; but his forceful demonstration achieved its objectives. It paved the way for the establishment of just practices in the courts and it brought about a change in official attitude, which made possible the social and economic betterment of the people. 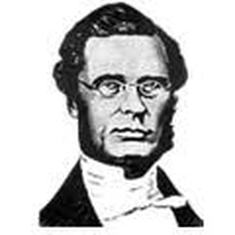 Born to a slave mother and a planter father who was attorney to several sugar estates in Jamaica, George William Gordon was self-educated and a landowner in the parish of St. Thomas.

In the face of attempts to crush the spirit of the freed people of Jamaica and again reduce them to slavery, Gordon entered politics. He faced severe odds, as the people whose interests he sought to serve did not qualify to vote.

He subdivided his own lands, selling farm lots to the people as cheaply as possible, and organised a marketing system, through which they could sell their produce at fair prices.

Gordon urged the people to protest against and resist the oppressive and unjust conditions under which they were forced to live.

Gordon was arrested and charged for complicity in what is now called the Morant Bay Rebellion in 1865. He was illegally tried by Court Martial and, inspite of a lack of evidence, convicted and sentenced to death. He was executed on October 23, 1865. 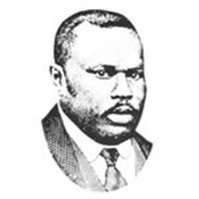 Jamaica's first National Hero was born in St. Ann's Bay, St. Ann, on August 17, 1887. In his youth Garvey migrated to Kingston, where he worked as a printer and later published a small paper "The Watchman".

During his career Garvey travelled extensively throughout many countries, observing the poor working and living conditions of black people.

In 1914 he started the Universal Negro Improvement Association (UNIA), in Jamaica. The UNIA, which grew into an international organisation, encouraged self-government for black people worldwide; self-help economic projects and protest against racial discrimination.

In 1916, Garvey went to the USA where he preached his doctrine of freedom to the oppressed blacks throughout the country.

However, USA officials disapproved of his activities and he was imprisoned, then deported.

Back in Jamaica in 1927, he continued his political activity, forming the People's Political Party in 1929. He was unsuccessful in national elections but won a seat on the Kingston and St. Andrew Corporation (KSAC).

But the world of the 1930s was not ready for Garvey's progressive ideas. He left Jamaica again, this time for England where he died in 1940. His body was brought back to Jamaica in 1964 and buried in the National Heroes Park in Kingston.

Garvey's legacy can be summed up in the philosophy he taught - race pride, the need for African unity; self-reliance; the need for black people to be organised and for rulers to govern on behalf of the working classes 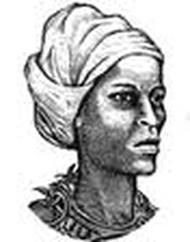 Nanny  was a leader of the Maroons at the beginning of the
18th century. She was known by both the Maroons and the
British settlers as an outstanding military leader who became, in her lifetime and after, a symbol of unity and strength for her people during times of crisis.

She was particularly important to them in the fierce fight with the British, during the First Maroon War from 1720 to 1739. Although she has been immortalised in songs and legends, certain facts about Nanny (or "Granny Nanny", as she was affectionately known) have also been documented.

Both legends and documents refer to her as having exceptional leadership qualities. She was a small, wiry woman with piercing eyes. Her influence over the Maroons was so strong, that it seemed to be supernatural and was said to be connected to her powers of obeah. She was particularly skilled in organising the guerilla warfare carried out by the Eastern Maroons to keep away the British troops who attempted toA penetrate the mountains to overpower them.

Her cleverness in planning guerilla warfare confused the British and their accounts of the fights reflect the surprise and fear which the Maroon traps caused among them.

Besides inspiring her people to ward off the troops, Nanny was also a type of chieftainess or wise woman of the village, who passed down legends and encouraged the continuation of customs, music and songs, that had come with the people from Africa, and which instilled in them confidence and pride.

Her spirit of freedom was so great that in 1739, when Quao signed the second Treaty (the first was signed bv Cudjoe for the Leeward Maroons a few months earlier) with the British, it is reported that Nanny was very angry and in disagreement with the principle of peace with the British, which she knew meant another form of subjugation.

There are many ledgends about Nanny among the Maroons. Some even claim that there were several women who were leaders of the Maroons during this period of history. But all the legends and documents refer to Nanny of the First Maroon War, as the most outstanding of them all, leading her people with courage and inspiring them to struggle to maintain that spirit of freedom, and life of independence, which was their rightful inheritance. 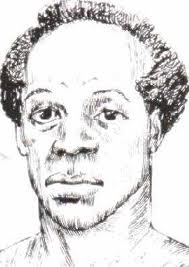 Samuel Sharpe was the main instigator of the 1831 Slave Rebellion, which began on the Kensington Estate in St. James and which was largely instrumental in bringing about the abolition of slavery.

Because of his intelligence and leadership qualities, Sam Sharpe became a "daddy", or leader of the native Baptists in Montego Bay. Religious meetings were the only permissible forms of organised activities for the slaves. Sam Sharpe was able to communicate his concern and encourage political thought, concerning events in England which affected the slaves and Jamaica.

Sam evolved a plan of passive resistance in 1831, by which the slaves would refuse to work on Christmas Day of 1831 and afterwards, unless their grievances concerning better treatment and the consideration of freedom, were accepted by the state owners and managers.

Sam explained his plan to his chosen supporters after his religious meetings and made them kiss the Bible to show their loyalty. They, in turn took the plan to the other parishes until the idea had spread throughout St. James, Trelawny, Westmoreland, and even St. Elizabeth and Manchester.

Word of the plan reached the ears of some of the planters. Troops were sent into St. James and warships were anchored in Montego Bay and Black River, with their guns trained on the towns.

On December 27,1831, the Kensington Estate Great House was set on fire, as a signal that the Slave Rebellion had begun. A series of other fires broke out in the area and soon it was clear that the plan of non-violent resistance, which Sam Sharpe had originated, was impossible and impractical.

Armed rebellion and seizing of property spread mostly through the western parishes, but the uprising was put down by the first week in January.

A terrible retribution followed. While 14 whites died during the Rebellion, more than 500 slaves lost their lives - most of them as a result of the trials after.

Sharpe had said: "I would rather die upon yonder gallows than live in slavery".